It also has a euphoric yet relaxing effect, so falling asleep after taking it is not uncommon. It is mildly psychoactive and may even lead to entheogenic or “spiritual” experiences when taken in larger doses. These effects make Blue Lotus a popular substance today just as it was in ancient times.

Blue lotus flower can be purchased primarily as tea extracts or incense. It is not a controlled substance and it is not approved for human consumption in the United States. The flower’s psychoactive effects are most often attributed to two alkaloids, apomorphine and nuciferine

The Science Behind the Lotus Flower

So, how does the blue lotus flower provide you with a high that’s safe, legal, and offers you some serious euphoria?

The secret is in the psychoactive substance these lotus flowers contain. Known as Apomorphine, which works to directly stimulate the dopamine receptors in your brain.

In fact, it’s even been used to help patients with Parkinson’s and other diseases rebalance their central nervous system.

Just like cannabis does, Apomorphine makes a direct connection with the natural endocannabinoids that are already present in your body. It stimulates your body’s production of these endocannabinoids, meaning that you’ll be able to feel more relaxed, fall asleep, and enjoy the “feel-good” effects faster and longer than ever.

How to Enjoy it

So, now that you know a little bit about the history and the science behind the blue lotus flower, it’s time to cover some of the most effective ways to enjoy it!

One of the most popular ways to try it is to brew it as a part of a tea. You can crush up the leaves and put it in a teabag, and let it brew for about five to ten minutes.

Then, drink it down with your favorite tea time snacks.

Depending on where you live, you may also be able to find the lotus flower in the form of an extract. This means you can just squeeze a few drops in a glass of water. Be aware, however, that it will be especially potent in extract form.

So, if taking it this way, use less than you normally would — and consider taking the rest of the day off.

You can also crush the flower and smoke it, or even put it in your vape pen.

What Feelings to Expect?

As with any kind of a natural high, doing your research before you try it and knowing exactly what you should expect will help to keep you safe.

So, what should you look forward to when it comes to the effects of the blue lotus flower?

Though, as you’ve likely guessed, the effects will vary slightly depending on your body chemistry, you can generally expect to feel a few things across the board.

Many people report feeling unusually relaxed and less tense/nervous. However, they also claimed that they didn’t feel overly sedated or hazy. This means that the flower is likely an excellent way to combat anxiety and still be able to go about your day in a typical fashion.

Others say that, especially when they enjoyed the flower before falling asleep, they experienced vivid dreams. (This is another reason why the flower was so valued by ancient cultures, many of whom believed that their gods would send them a message in their dreams.)

The flower is also famous because most users report that it can quite easily be combined with alcohol to enhance the effect. This makes it an awesome and totally safe option for those who are looking to get a little bit cross-faded.

Those who tried out the flower state that they didn’t experience any kind of a “hangover” or come-down effect in the hours after taking the flower. In general, most users say that the flower produces a high that lasts from anywhere between 3-5 hours.

It also takes effect fairly quickly, so you won’t have to wait long to get those awesome feelings!

How to make Blue Lotus Tea

First you want to heat up 2 cups of boiling water. Second, you want to fill up a tea bag or filter with 5-10 grams of premium blue lotus. Make sure to include both bulbs and petals, or the entire flower. Drop your blue lotus tea bag into the water and let it sit submerged for a good 10-20 minutes. 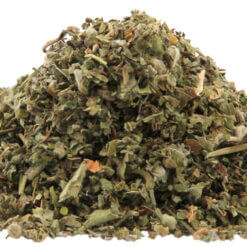 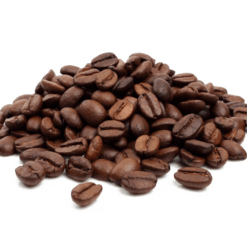 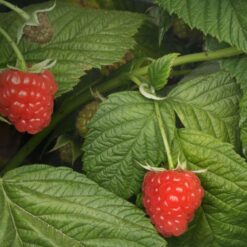